Cask is Back, So Back Cask 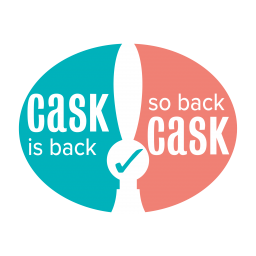 A new campaign has been launched calling on beer drinkers to back British brewing and pubs and opt for a pint of fresh cask beer from a local independent brewery when they return to pubs next week.

Sales of hand-pulled cask beer, which can only be sold in pubs, have been hit hard by Coronavirus restrictions – with sales of this fresh British beer down 70% over the last twelve months – but this new campaign is seeking to reverse those fortunes and has the backing of brewers, beer drinkers and publicans alike.

The 'Cask is BACK, so back CASK' campaign has been launched by the Society of Independent Brewers, the Campaign for Real Ale (CAMRA), the British Institute of Innkeeping, and Cask Marque – who are championing Britain’s National drink, which can only be enjoyed down the pub.