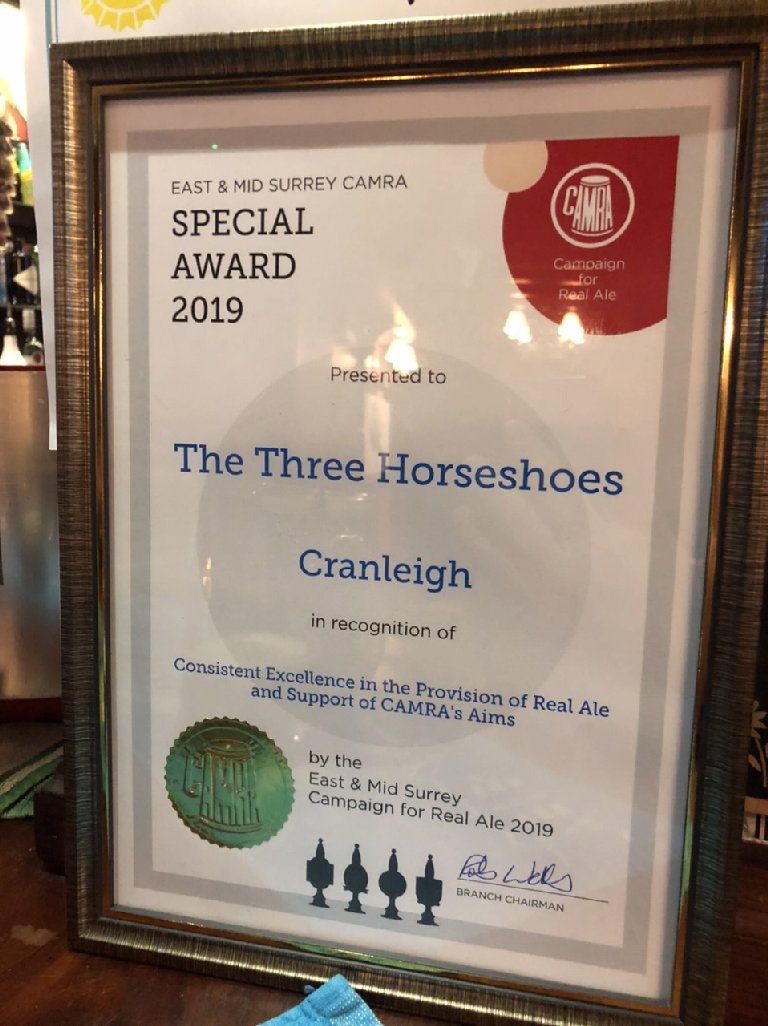 Each year, the branch meet to vote for our Pub, Cider Pub and Club of the Year, which then goes forward to a regional competition. We've also listed the pubs in our branch that have gone on to win these and other awards too, along with a special mention for previous Redhill Beer of The Festival winners. Visit our Branch News page for photos of some of the presentations.